As we all know, SANY micro-digging has always been synonymous with small-scale entrepreneurship. Farms, orchards, municipalities, demolition, reconstruction, and dexterous and efficient excavators basically include various types of construction projects on the market, and many achievements in creating myths of wealth.

However, the only way to get rich is to make a triad of micros. Then you're wrong, only you can't think of it, no excavator can't do it! Heilongjiang customer Wang Shuo manipulated Sany Micro-dig SY16C galloping residential project, and obtained the property unanimously praised. What advantages does this dig in the urban district construction have?

Wang Shuo is the first buyer of the local SANY micro-digging SY16C. Strictly speaking, he is not a professional construction machinery owner. Before that, he had only one forklift and four small wheels. However, this did not prevent him from discovering business opportunities. .

According to him, when he drove, he discovered that there were many small projects in the local area. For example, small buildings, facades, tap water renovation, and trenching activities on the street side gave him the idea of â€‹â€‹buying micro-digging. A wide range of high income, how to see how worthwhile!

In December 2017, King Boss signed his SY16C in Heilongjiang, and his experience of using it for nearly four months allowed him to praise the device. 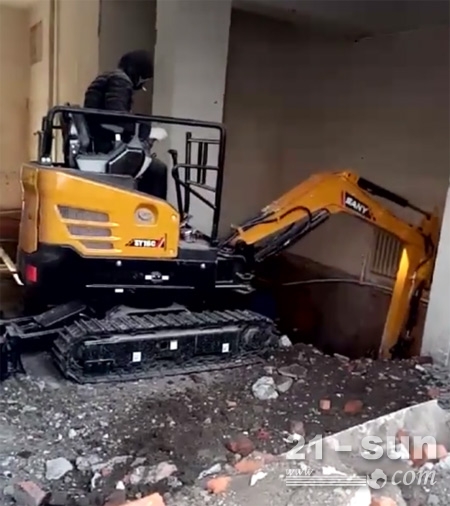 Unlike many micro-digging entrepreneurs in the rural market, Wang's boss is in the urban area of â€‹â€‹Heilongjiang. Due to fear of damage to the local facilities, the engineering equipment is rarely seen in the streets, and the SY16C he purchased does not have this problem. .

Wang Bo said that the advantage of the SY16C lies in the lightness of the airframe, the flexibility of its body, and the deepness of its quick digging! Like the facade house on the street, too large equipment can not be constructed, and only micro-digging can be used to perfect fit.

At the same time, in the construction of various communities, in order to avoid damage to green belts and public facilities, there are strict requirements on the tonnage and volume of equipment, which is the advantage of Sanyizou. 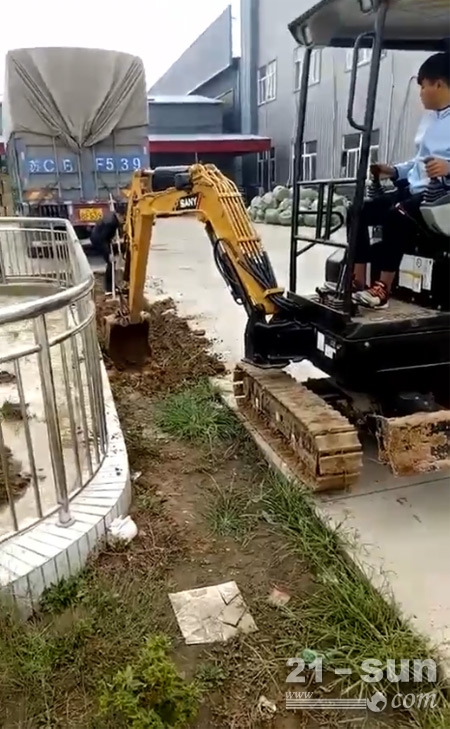 Heavy equipment will cause the ground to collapse, SY16C compact and light perfect to avoid

It is reported that the narrowest micro-digging of Sany can pass through the 980mm construction area and can realize lateral movement of the boom. Both sides can easily excavate the outer edge of the track, and can work in a space limit position such as a wall corner. The construction is more flexible. 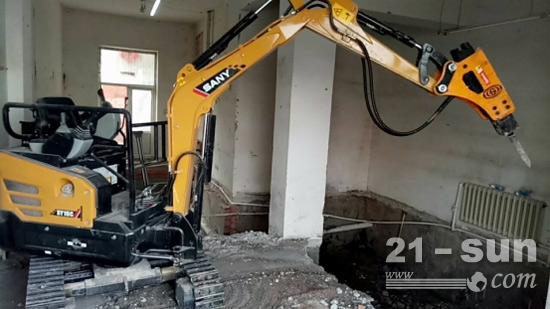 At the same time, the excavation depth of the SY16C can reach 2.36m, which is also very convenient for the excavation work in the basement of the building. Therefore, the owner of the micro-digging of the king, many communities are very welcome.

Efficient and versatile, the most local micro-digging

According to Wang Boss, before the purchase of this Taiwan Triad, it was far from expected that there would be such a fire!

The original Sany micro-digging action is quite accurate, and even better than artificial results in the construction of certain types of work! Wang Boss said that in the middle of a sewer pipe clogging, the boss invited two workers to excavate and dug for three hours without repair. The boss Wang drove through the SY16C with a broken hammer for only two hours. 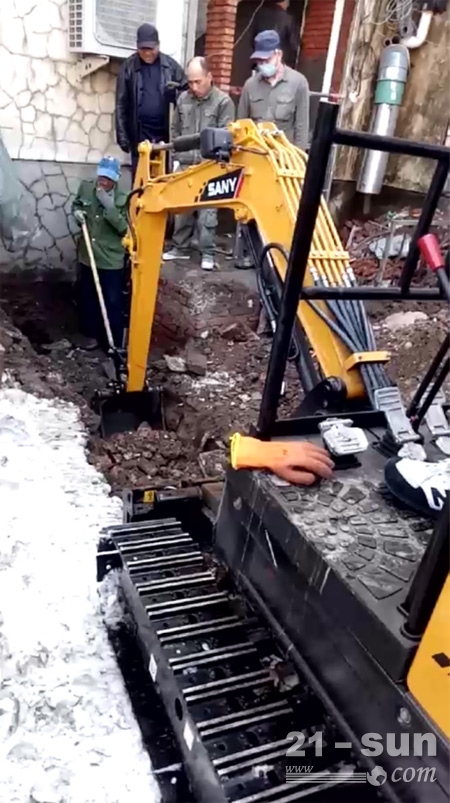 Because all movements of the SY16C are controlled by the hydraulic pilot, not only the movement is stable and accurate, but also the single movement is faster. Trinity Micro Digging can be equipped with more than 40 different types of attachments, and it can easily handle various conditions such as digging, grabbing, unloading, drilling, cutting, and crushing, and it can contract almost all kinds of small projects! 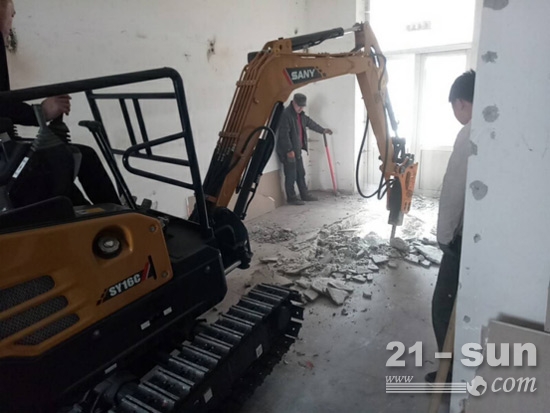 Trinity has always been synonymous with entrepreneurs. However, how many of the business opportunities for getting rich have led to a successful journey? This is waiting for users to explore! Before that, quickly buy a triad to start your nuggets! (This article is from Trinity)