Since the beginning of 2017, a cold current has swept the domestic automobile market, resulting in a number of car companies being affected to varying degrees, while the overall sales of luxury brands have shown a trend of converse growth, and it is more than double-digit growth to outperform the general trend. The online auto market sorted out the sales of the top ten luxury brands in China from January to November. The top three German BBA seats shuffled. Mercedes-Benz and BMW will compete for the championship runner-up; the second-tier Jaguar Land Rover and Cadillac will have more sales, and Cadillac will sit steadily. Head chair. 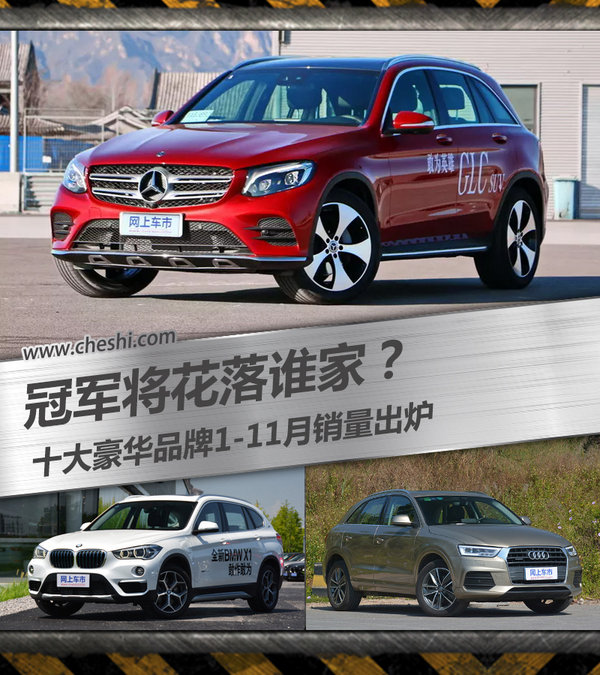 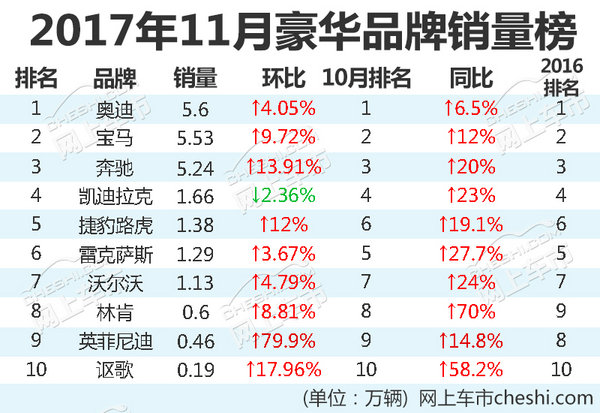 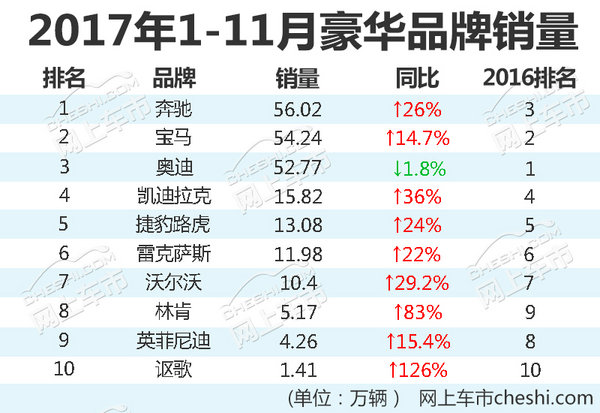 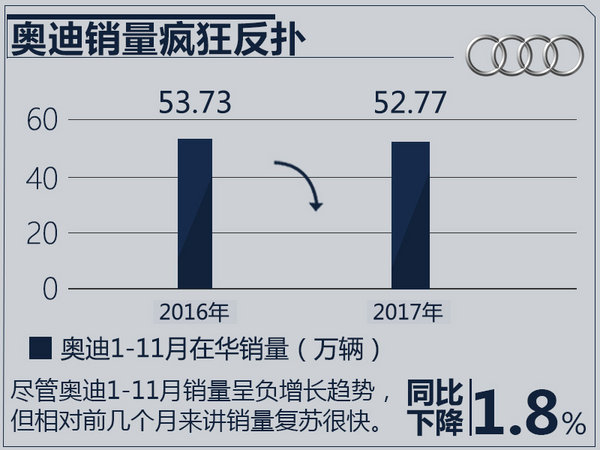 After the "return of blood", Audi continued its considerable year-on-year growth. It continued to win the luxury brand sales championship in November, with a total sales of 56,000 units, a year-on-year increase of 6.5%. Although its accumulated sales of 527,700 units during the January-November period still fell behind Mercedes-Benz and BMW's missed sales at the end of the year, it was only one step away from the 555,000 annual sales target set at the beginning of the year, and it was a satisfactory one for itself. Answers. 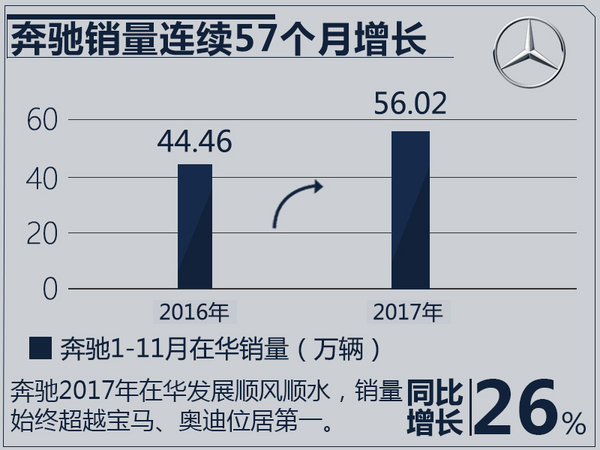 Mercedes-Benz, whose overall performance is temporarily ahead, has developed smoothly in China this year, benefiting from the "China-made, exclusive China" domestic-made models such as C-class, E-class, and GLC, which continue to occupy more than 70% of total sales, and Mercedes-Benz sales in China have been continuous. Monthly increase. From January to November, Mercedes-Benzâ€™s cumulative sales of 562,200 units exceeded the total sales volume of the previous year, a difference of 17 800 units from the second-ranked BMW. From the point of view of the single-month performance and growth rate of the BBA in November, it is highly likely that Mercedes will take the top spot of the luxury car market this year. 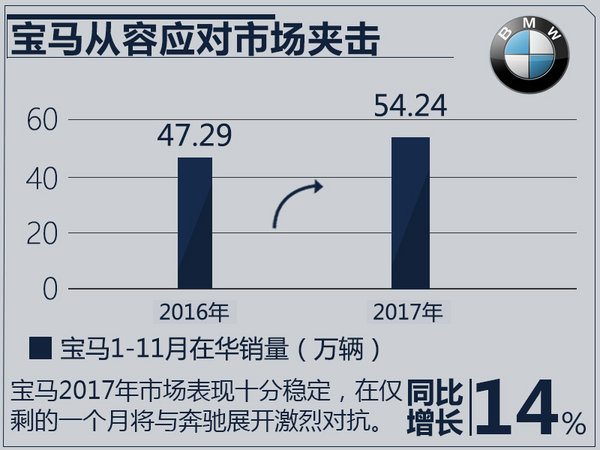 On the one hand, the market is rapidly recovering, and opponents that use tens of thousands of yuan in exchange for price are on the other hand. On the other hand, there is a strong rival with strong brand power. BMW, which is sandwiched between the two brands, is actually under greater pressure. Although BMW has a lot of sales for 3, 5, and X1 models, it is still lacking strong sales growth in the face of â€œfull bloomâ€. For BMW, whether the market strategy of the last month succeeded in opening the market will be the key to whether it can beat Mercedes to win the championship. 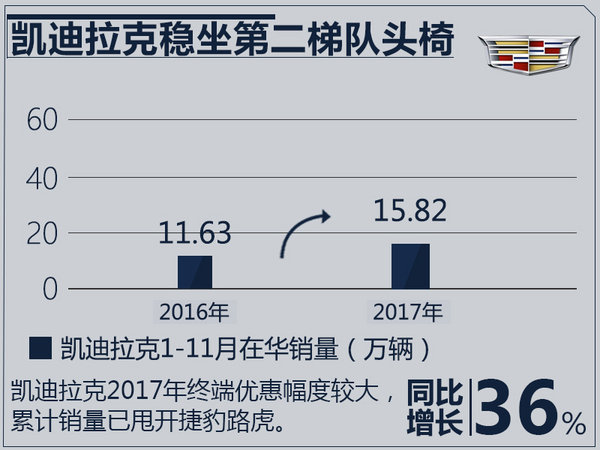 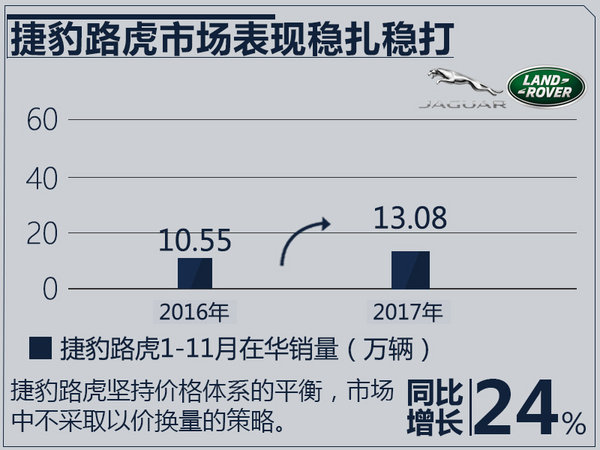 In 2016, the second echelon of luxury brand won the championship with Jaguar Land Rover. Cadillac was only 0.3 million. Since the beginning of this year, Cadillac has adjusted its market pricing strategy. The terminal discount rate has increased significantly, and sales performance has skyrocketed. As of November, Cadillac pulled 278,400 cars off the Jaguar Land Rover with a rating of 158,200, and sat second-tier luxury brand leaders. The domestic XT5 provided considerable growth support. The Jaguar Land Rover market is relatively stable. It insists on not adopting price-for-price measures to ensure a stable price system. The fourth domestic car XEL, which currently has a young â€œlabelâ€, is already on the market. Can Jaguar and Land Rover sell at the end of the year with another 10%? Expecting. 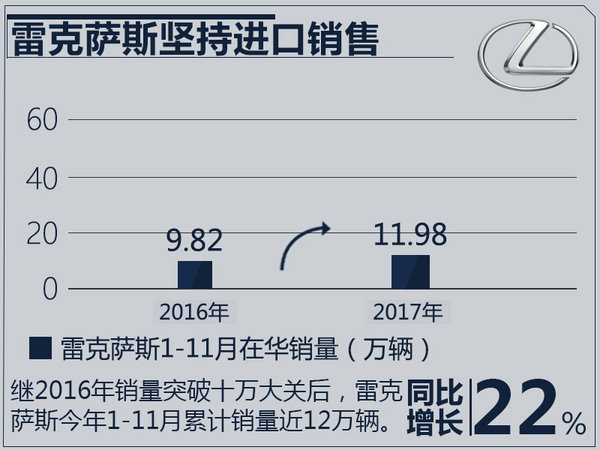 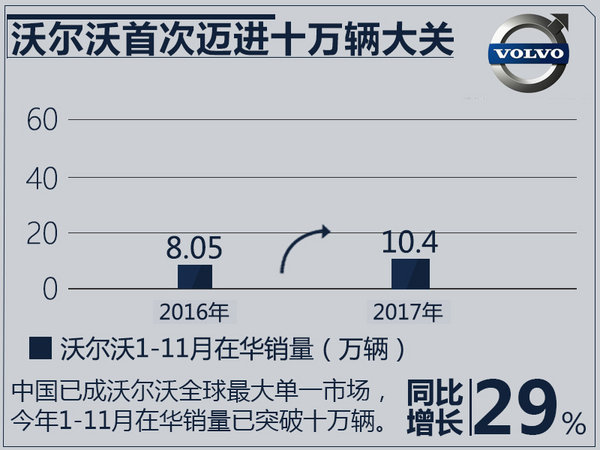 There are also Lexus and Volvo brands with sales of 100,000+. The two brands do not involve ranking competition and will sprint their own sales in the last month. At present, domestic production has become a major trend for luxury brands to open up the domestic market. Competitors have basically completed or entered the process of localization. Lexus' competitive strength in China has always maintained its import sales. With the large-scale marketing of ES, NX, and RX models, as well as the intelligent and hybrid models, Lexus sold nearly 120,000 vehicles in January-November, which is different from the Volvo brand. In the sixth and seventh positions.

As the second hometown of Volvo, China has long been leaping into Volvo's largest single market in the world and helping to increase sales volume in the global market. The growth rate of 24% in November and 29.2% in January-November can see the stability of Volvo's market in China. With the successful listing of the new XC60, it may become a new growth point for Volvo sales in China.

The actual market volume is small and rapid

There are only three remaining seats in the luxury brand sales list, namely, the eighth Lincoln, the ninth Infiniti and the tenth chant, among which Lincoln and Infiniti have changed their rankings in 2017. It is worth mentioning that the market of the three major brands is relatively small, but Lincoln and Yingge are showing explosive growth. 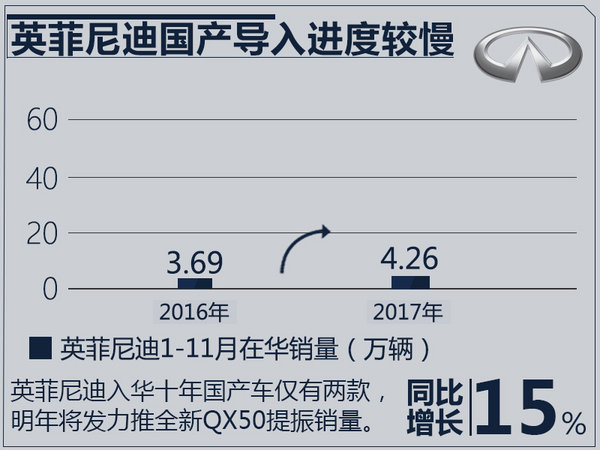 Infiniti has been in China for ten years, but the introduction of domestic cars is slow. At present, only Q50L and QX50 models are introduced, which basically accounts for Infiniti's sales in China. After the unveiling of the "challenger" brand slogan, Infiniti has strengthened its user base and created a distinctive brand image. Infiniti sales in 2017 are basically frozen. For the upcoming 2018, Infiniti will have a bigger move. The new QX50 is set to settle in the Dalian factory, and the variable compression ratio engine is becoming more and more popular. In the future, it will become a big gimmick for Infiniti. 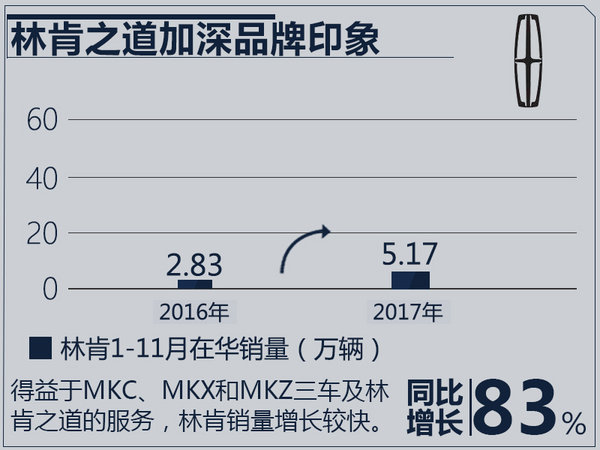 Lincoln sold only 12,000 vehicles in China in 2015. Two years of development time gave Lincoln a three-fold increase. Lincoln's main market increase is in MKC, MKX and MKZ. Among them, the revised MKZ has been praised by many users for its rational price reduction and configuration upgrade. In addition, the reason for overtaking Infiniti lies not only in its products, Lincoln's iconic quality service system â€œThe Lincoln Wayâ€ enables more consumers to experience luxurious first-class enjoyment and deepen brand impression. 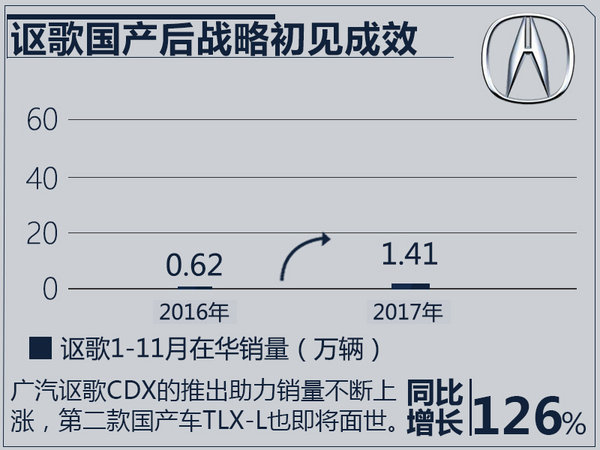 It is not difficult to see from the sales trend in January-November 2017 that Acura has achieved steady growth and is growing rapidly. In the first 11 months, a total of 14,100 vehicles were sold, which soared by 126%, of which the largest contribution was the CDX. The launch of the Acura CDX not only made the Acura brand more in-depth, but also confirmed the initial success of Yangko's localization strategy. It also confirmed the determination of Guangzhou Auto to speed up the localization of products. The second domestic car TLX-L is about to usher in the market. GAC Acura will complete the layout of a car-SUV. Although there are relatively few products at present, GAC Yangko has planned for the future.